The Ship Sunk by Enterprise. 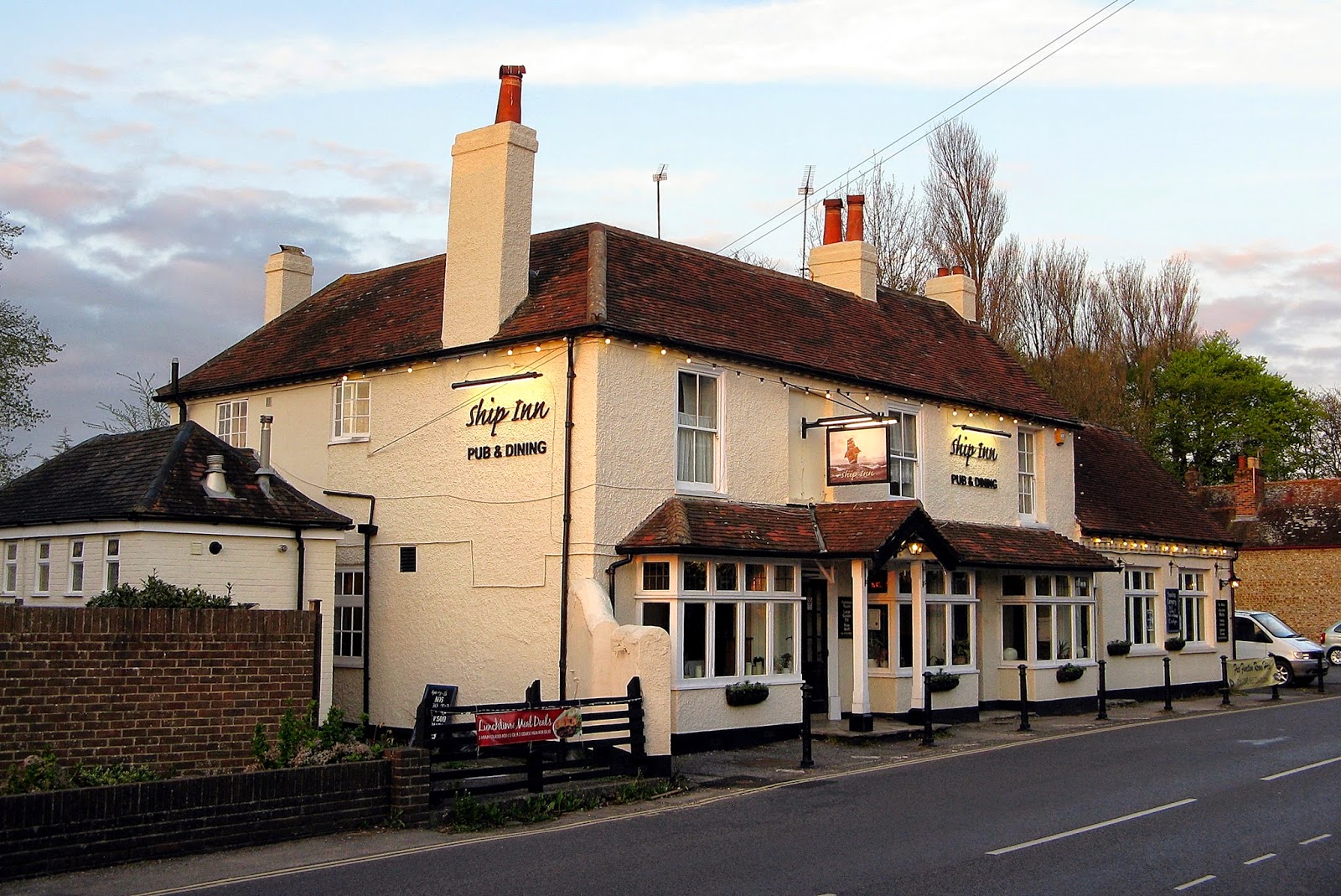 Despite the best efforts of a group of local residents who formed The Friends of the Ship Inn, Aldwick, this once popular pub is due to meet the same fate as so many others in recent times and be converted into a supermarket convenience store. The pub had been struggling in recent times, often closed for periods between the arrival and departure of a succession of tenants, but it does not help when the owners, Enterprise Inns, sell beer to those tenants at a much higher price than free traders could obtain it, and charge rents that make it difficult to run a profitable pub. All credit then to The Friends, who wanted to keep the Ship open and eventually have it registered by the council as an Asset of Community Value. It is interesting that, at a meeting with The Friends, Enterprise Inns had claimed their current plan was to find a new long-term tenant, then invest in further refurbishment and so keep the pub as a viable business. No further comment is necessary. 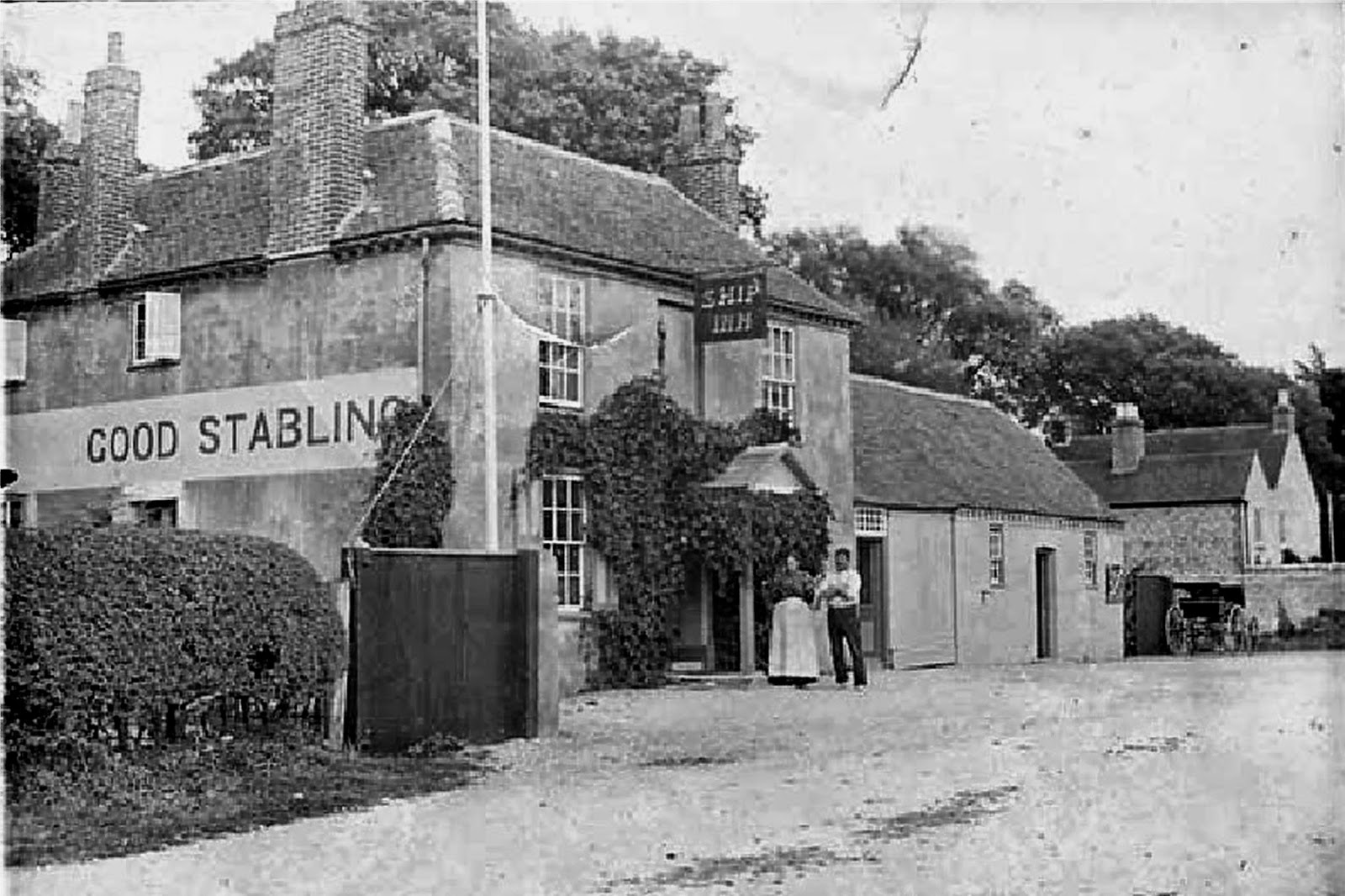 The origin of the Ship as an alehouse predates the 1841 census, its earliest recorded reference. It was owned by the South Street Brewery of George Gatehouse, Chichester from some point until 1889 when it was sold to George Henty & Son (later Henty & Constable) of that same city. It was acquired in 1955 by Tamplin & Sons, Brighton, who subsequently sold out to Watneys. The premises of the pub were supposedly once connected to the beach by a smugglers’ tunnel that tended to flood in bad weather. No trace of this passage now remains. There are scores of pubs that have had this tale told of them. A more believable story is that the Ship was used in the Edwardian era as a base by pioneering film maker Cecil Hepworth. The pub was modernised in the 1930s. A small beer garden was in those days secluded behind a row of wooden lock-up garages on what is now the car park. The inn sign of the late 1940s (below) was painted by Arundel artist Ralph Ellis. 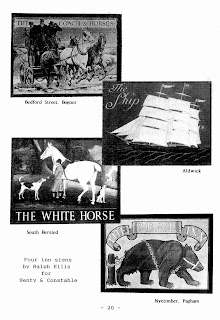 The Inn’s distance from Bognor Regis allowed it to retain a village pub atmosphere. The blocked up doorways in the porch entrance show that the left side saloon would have once been divided up into separate sections, probably including a Jug & Bottle. The Ship retained a separate right side bar, used as a games room. The interior was otherwise completely modernised and of no heritage interest. A list of licensees runs thus: Mary Cobden, 1841; John Mant, 1842; Richard Hayden, 1852; George Cooper, 1861; Fredrick Holkham, 1871; Samuel Frost; Caroline Frost; Albert Booker, 1885; Thomas Morris, 1889; Edwin Chas Millar, 1903; Louisa M. Millar, 1927; Ernest E, Millar, 1937; Frederick J. Smith, 1941; Dorothy Smith, 1944; Christian Oberst, 1944; Leonard O. Burgess, 1951; Thomas Eric Bailey, 1954; Alexander Morrison, 1971. The Morrison family, who had the pub for at least ten years from 1970, stocked over 250 brands of Scotch whisky behind the bar.

It is a bitter twist that the pub is to be converted into a branch of … Morrisons.

The Observer (1980), ‘Spirits of Smugglers no longer Illicit at Ship’, Friday 15th August.